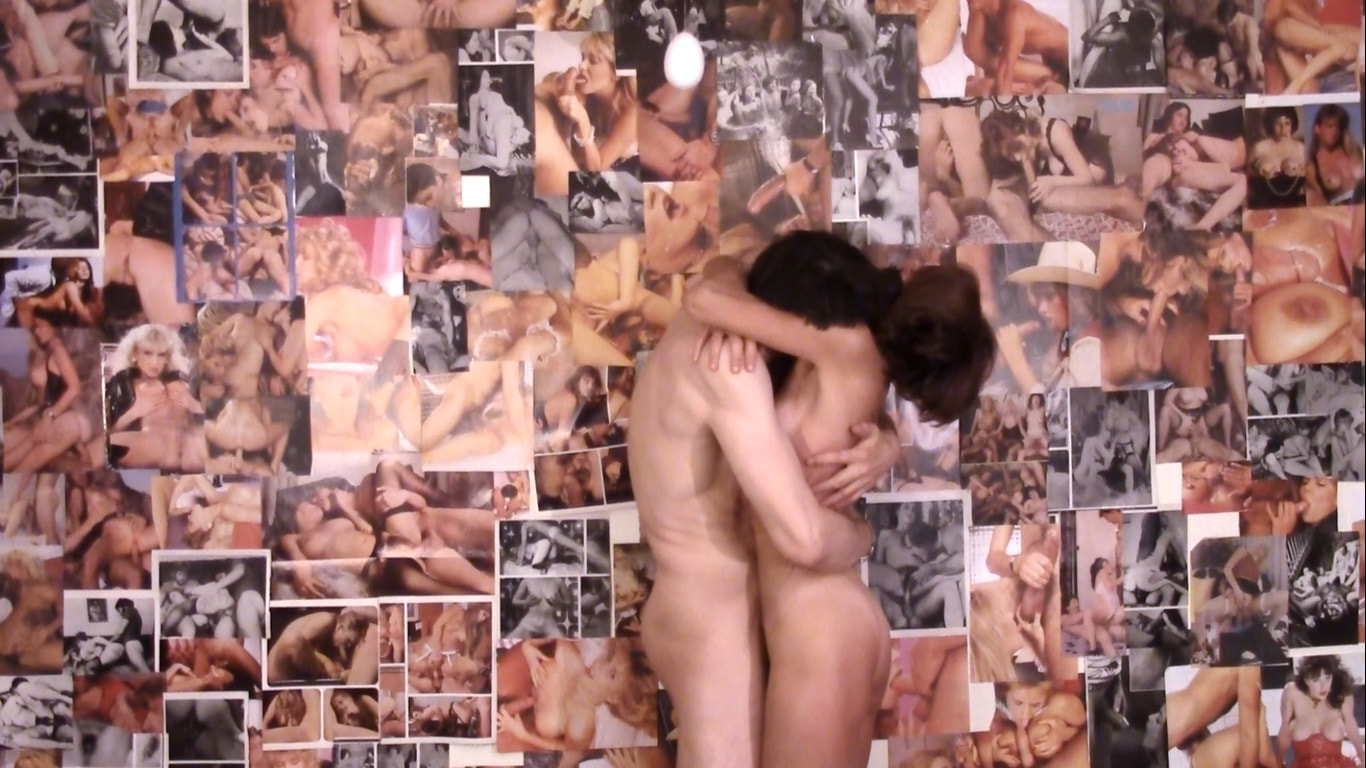 Materials: pornographic images, white feathers and a polystyrene egg
Duration: about 6 minutes
Performers: a man and a woman, naked

Optical and sound representation of a kiss 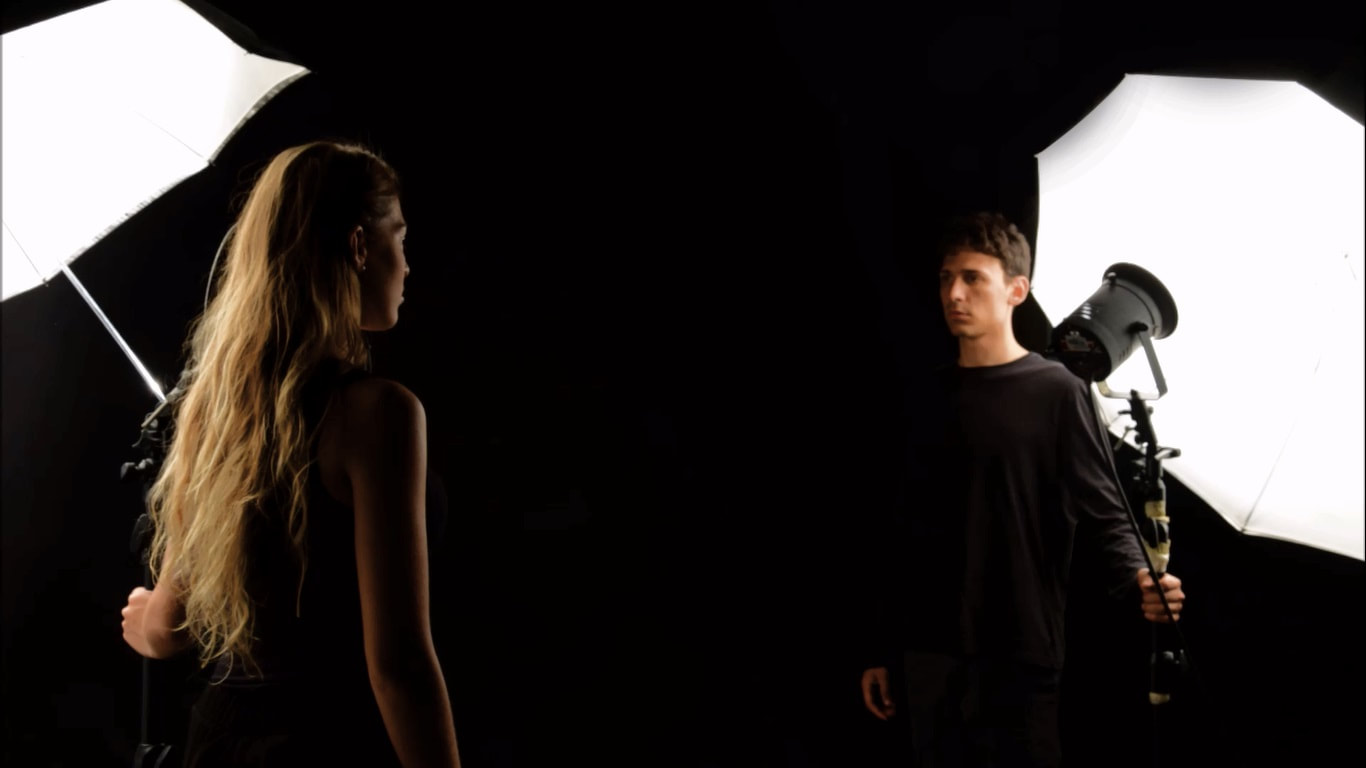 This performance is meant to represent the intimate situation in which two lovers isolate themselves in order to focus on the microcosm of relations between their tongues.  Initially there are two spotlights held by two actors, who are looking at each other. In the room there aren’t any other light sources. The two performes turn off the lights simoultaneously and start to produce noises exclusively with their mouths and tongues while moving in the darkness. The sound emitted by the performers represent the tongue’s movements in an osculation, while the two spotlights are the lovers’ eyes.  The actors move around the visitors, in order to incorporate them in their kiss.  At the end of the performance the lights are turned on again.

Materials: two spotlights
Duration: about 10 minutes
Performers: a boy and a girl, dressed in black 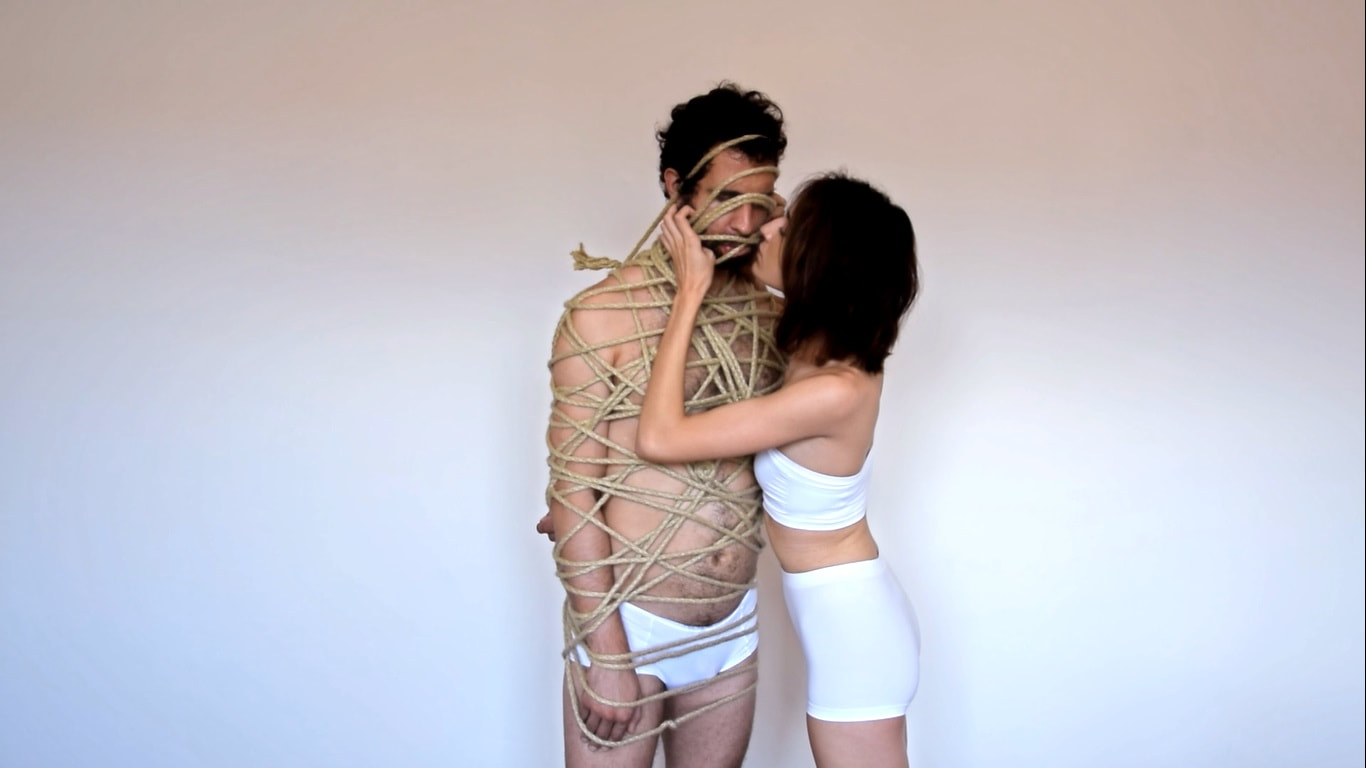 Inspired by Heinrich Von Kleist’ Penthesilea, the performance begins with Achilles and Pentesilea looking at each other in front of a white wall, which is the skené of the performative action. Penthesilea wears forty meters of rope which recreates an armour on her body. Achilles grants to Penthesilea his arm, from which she starts binding his whole body with her rope.  With the completion of the constriction’s process, Penthesilea loses her armour and her status of amazons’ queen. At the end of the performance Penthesilea approaches Achilles completely bound and harmless to give him a mortal kiss. The rope in the Japanese bondage (shibari-kinbaku) represents also a metaphor of the mortal kiss and the relationship between two lovers, suspended between eros and thanatos (love and death) .